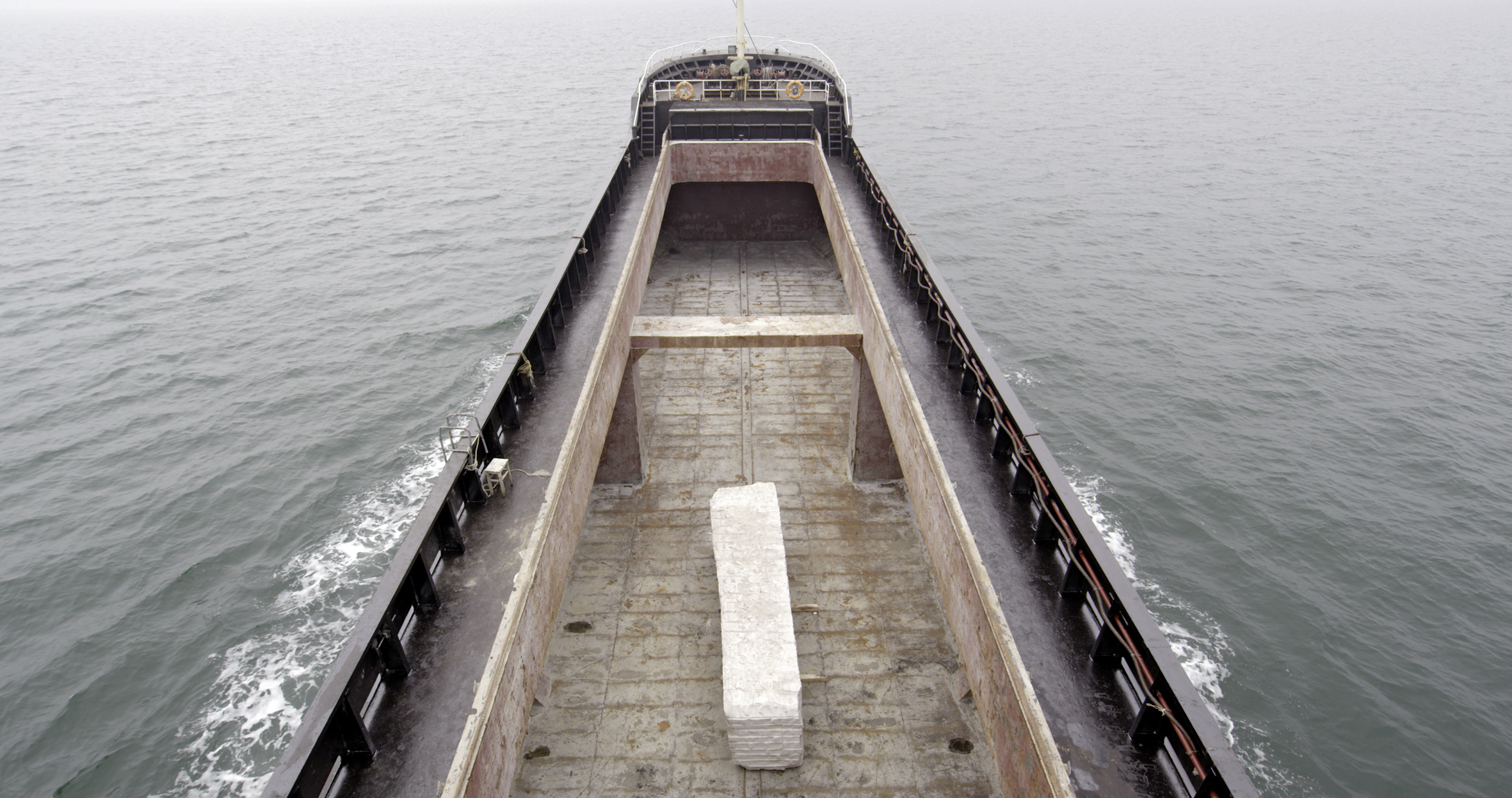 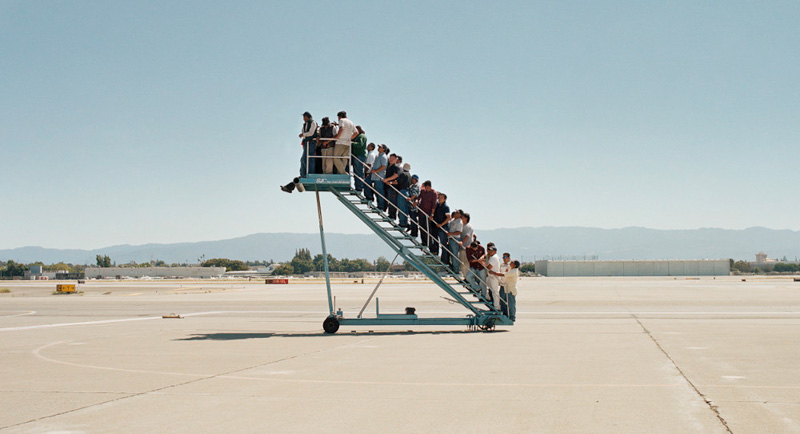 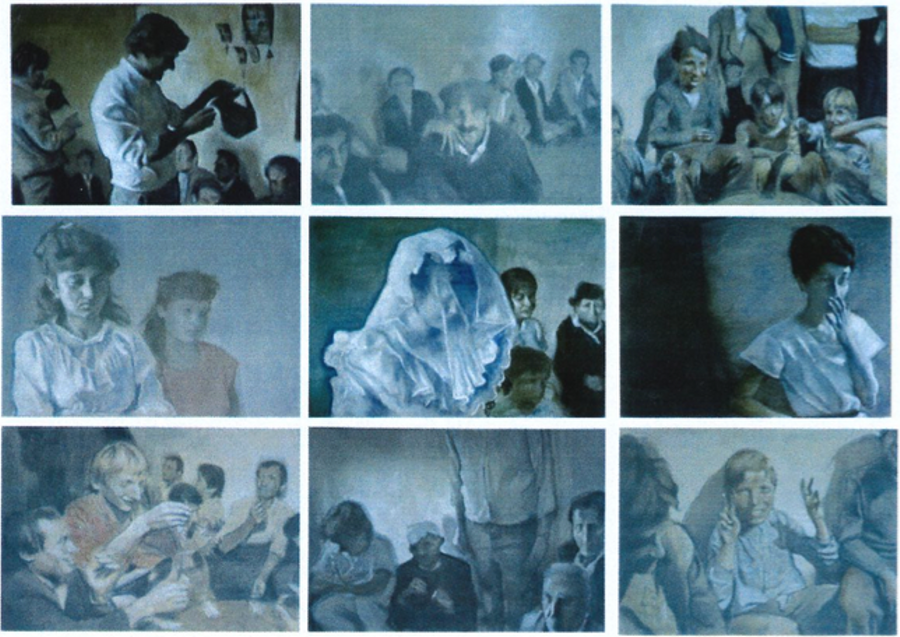 The art world is divided between those that speak of Adrian Paci, pronouncing the Italian “c”, and the meticulous ones that respecting the Albanian phonetics and replace the “c” with the sound of the “z”.

The international critics, however, agree in recognizing to him, after twenty years, a role of absolute protagonist in the contemporary scene. NABA students of Milan who have Paci as a teacher must be considered very lucky. As Paola Nicolin writes in She (a book that speak about the artist’s work starting from the female figure) Paci’s research “offered a poetic vision of the problematic transformations that the countries of the Soviet bloc were facing after the fall of the Wall of Berlin. […] At the beginning of his career, Paci produced a corpus of works influenced by the cultural climate of those years, within which the theme of immigration and the sudden socio-political changes of the contemporary were treated using images which are revealed in the eyes of the spectator as meetings. These images are reconnected in an organic way to historical events. However, they are never flattened and never considered exclusively as an iconographic repertoire from which to draw uncritically. On the contrary, Paci’s fascination with storytelling – and the artist’s inclination towards the choice of marginal aspects of existence, full of energy and emotional implications – is the starting point for the staging of human events always complex, where folklore and tradition mix with fairy tales, opera and film fiction. Starting from a thematic nucleus in which autobiography and history overlap, the artist has then expanded the real and metaphorical boundaries of his work, reaching a universal exploration of the themes of loss, of the movement of people in space and in the time, the search for a human and geographical elsewhere”.[1]

We can talk, for Paci, about a practice of slipping between a huge variety of expertly mastered techniques (drawing, painting, photography, video, sculpture, wood, terracotta, marble, canvas), but we are not in an experimental and intermediary horizon. The students of the Albanian academies were unable to meet these languages ​​before the collapse of the regime in the 1990s, the dictatorship of Enver Hoxha. In this gloomy cultural climate, in the same city, Shkoder, two artists were able to emerge in contemporary scene, Adrian Paci and Driant Zeneli, a few years younger.

We can read the condition in which Paci lives in his own words.

“Often in my works I was interested in remaining in the enigma of time and space: everything takes place in a precise and concrete context, but in the same way the scenes maintain an abstract dimension. All this I believe must also be evaluated in the light of my classical education, which made me love masters such as Giotto, Piero della Francesca, Masaccio. When I was studying in Albania there was Socialist Realism; and in the face of these works we felt a metaphysical charge that we, as young artists, tried to keep in our works. Among my favorite painters were Chagall and Klee. It is in them that I read the spiritual. One of the books that I had hidden and read was The spiritual in art by Kandinsky. For my generation it was a kind of transgression of Realism, the art of propaganda. I think these works are the testimony that renewal is the source of a nourishment, if not religious, without doubt an internal one, and certainly not a formal one. In this sense I think that certain attempts to update the language only through the form are unsuccessful. The risk is to make it decorative. […] I’m never interested in embellishing with contemporary forms. One of the goals I set myself is to “remove” details from the narrative I choose to tackle. I try to create a void that is a space to leave for a possible future development. Even the choice of the video that is annulled in the decision to stop at a frame, is an attempt to allude to a dimension of a moment, which keeps the memory of what was there before and that can come later. On the other hand, my works are born as storyboards. These are stations that allude to development, which you are invited to fill with your gaze”.[2]

What we can not help but notice in these lines, as an underlying element and permeate all of Paci’s work is the idea / experience of the transit: the attitude towards the artistic techniques, the tras-migration, seems to adhere perfectly to his life. It is no a coincidence that the title chosen by Paola Nicolin and Alessandro Rabottini in 2014 for Paci exhibition at the PAC in Milan is precisely Vite in Transito (“Lifes in Transit”). 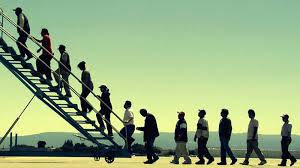 It is in this occasion that The Column is presented for the first time in Italy. The theme of the movement of the masses and also the comparison between the East and the West emerges strongly in this work. Here the column, a symbol of classicism and sacred painting (for example in the iconography such as San Sebastiano alla colonna), becomes the pretext for a reflection on the delocalization of work and the transformation of traditions. In this work Paci uses multiple languages: ​​sculpture, but above all photography and video.

Paci’s process was to commission a marble-style column from a marble workshop in Beijing, which was then sent to him by ship. After that, the journey of the artefact continued during the traveling exhibition, between France, Canada and Italy (PAC) together with a film depicting the workers during the processing phases: from the extraction of the stone block to the quarry, to the finishing performed on board a special ship-workshop.

Paci’s work is a contemporary epos that wants to narrate the man and his journey, in the case of the column it is a real journey, as well as the (impossible) journey of Centro di Permanenze Temporanea (2007) in which we see a group of men marching towards a non-existent plane ready to take off.

But there are other journeys that Paci wants to narrate, the journeys of the individual, with particular attention to the context of family and popular traditions. The materials for this survey are often footage taken from private videos, TV movies or archives.

It is precisely the female figure, on which Nicolin’s book focuses, the great protagonist of these works, “figures both in the etymological sense of the word, as derived from the Latin figure, ‘plastic formation’, and in relation to the concept itself according to the medieval Christian exegesis for which the figure is the historical fact, concrete, which preannounces another, equally concrete”.[3]

This figure is at the center of The Wedding or Façade, series of pictorial works made with different supports and techniques related to the celebration of marriages in Albania. The journey of the woman, who leaves her father’s house to go to her husband’s, is observed in anthropological and ethnographic features.

We realize that the woman is the link between the private sphere and the public, the woman looked like the casket of a mystery: mother, daughter, wife, nephew, widow, grandmother, priestess, prostitute, charmer and educator, “container of everything that in the transition of roles is lost, forgotten, sublimated, erased”.[4]

The private dimension emerges strongly in Albanian Stories, in which we see filmed Jolanda, the three-years-old daughter, who tells from Italy a fairy tale linked to the Albanian folklore. At a certain point, however, the imaginary characters of the story are joined by a group of actors from the real world who tell about the war and the Albanian political situation, coming to the aesthetics of documentary.

Whether it’s the journey of a mass or the journey of an individual, the history of painting, however, always returns, infiltrates the narratives of everyday life by proposing imagines and atmospheres, but also the cinema becomes a reservoir to draw on and, in particular, the cinema that he cites painting, closing the circle. Among the directors with whom Paci was confronted there are Michelangelo Antonioni, Bela Tarr, but especially Pasolini. Secondo Pasolini (Decameron, 2007), it is a series of gouache mounted on canvas and Racconti di Canterbury are a series of paintings on wood.

Continuous trans-migrations therefore: between the different techniques, between personal and collective memory.

This is the core of the works of an artist who migrated, many years ago, from the Albanian coast to the scene of Italian contemporary art and later international contemporary art; an artist who has been able to show a human and geographical elsewhere and establish with the public a real contact, as in his performance The Encounter (2011) in which he has held one by one the hands of everyone partecipant 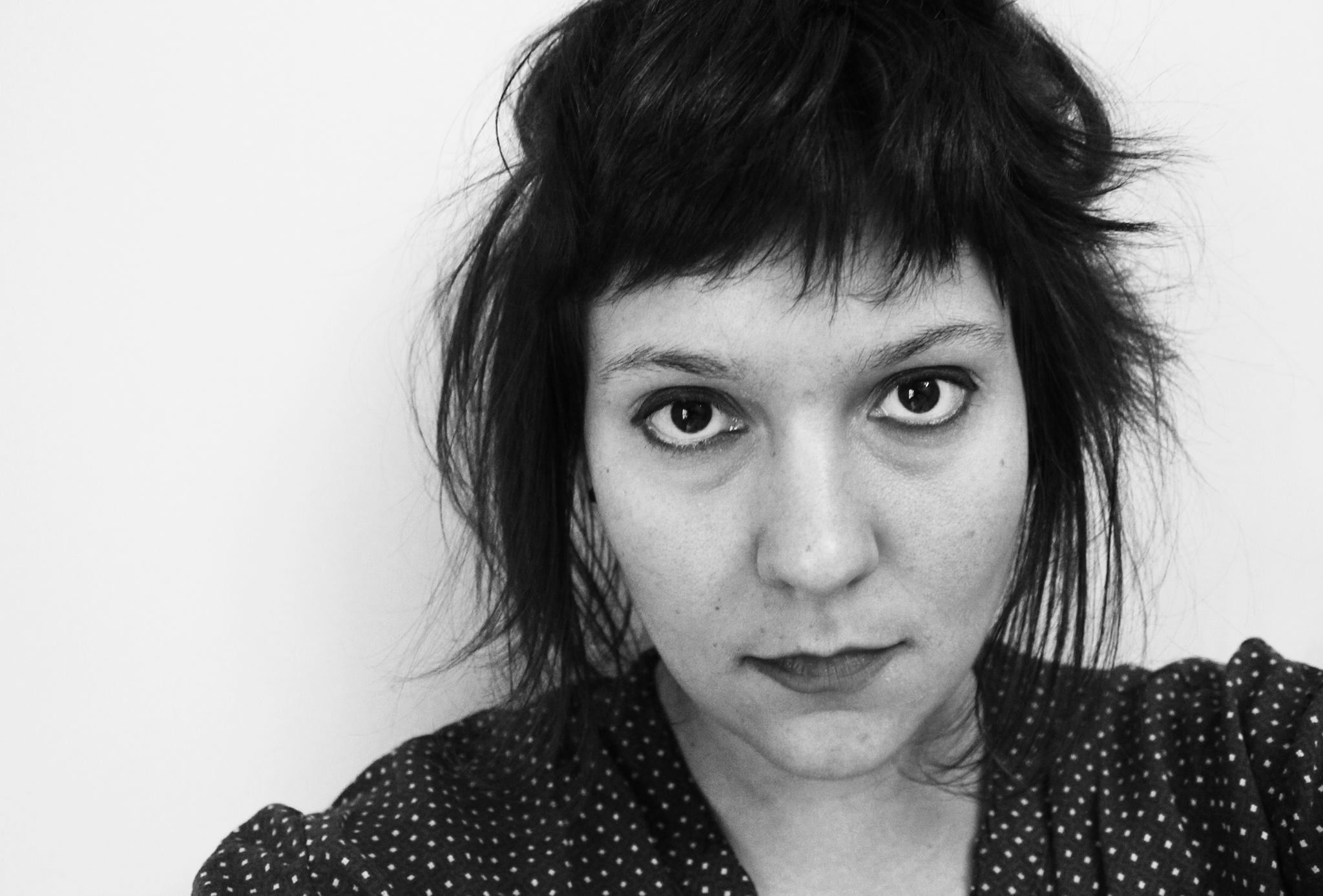